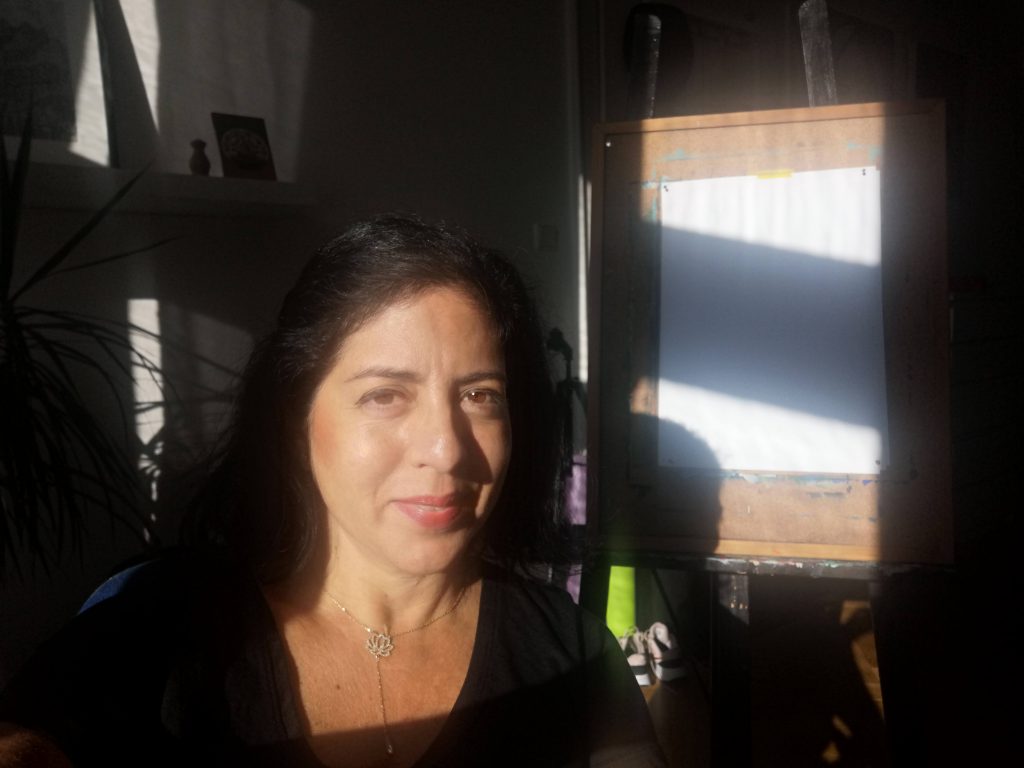 Katerina Bohac Linares, was born in Caracas, Venezuela, the 1st. of  March 1972, grew up in the city of Caracas, she studied in the best private schools in Venezuela  at Mater Salvatoris school, San Ignacio de Loyola School and at the Altamira High school in Maracaibo, where she finally graduated. She began her studies in Architecture at the Universidad de los Andes in Merida, then switched to the career of Visual Arts at the same university, She finished the art studies at the  Armando Reverón High School institute in Caracas, where she graduated with a degree in Art, with a ceramic art mention.

Currently she is living in the city of  Prague, Czech Republic where she has Latin Art Gallery to promotes the Latin American Culture and international art in Europe. Katerina is an art lover and she is passionate about the different human artistic creations, she believes in the art like the expressions of our time. And she  knows about the importance to appreciate and live with art, she choosing the best Latin American artists and art expressions to create an important and solid collection in the central Europe. Promotes and sale the art is part of her daily work. Also in her free time she enjoy to paint and do art.

She has participated in several exhibitions in Venezuela and abroad, includes:
La Ceramica, group exhibition of ceramic artists of Venezuela. 2005

In 2006 She has received a prize for the mural art of the Governor in Merida.

From 2012 She has organize and prepare more than 20 exhibitions of Latin-American artist and international in the premises of Latin Art Gallery, The Czech SENAT, the Cultural Centre Vltavska,  The office building Dallmayr Kaffee, The Traditional Paper Museum, Velke Losiny, The golf Club Grund resort in Trutnov, and working in cooperation with the different Embassies and companies in the Czech Republic.